MK vs. DC this November

While browsing comic and gaming blogs, I was able to discover this upcoming game, Mortal Kombat vs. DC Universe (abbreviated as MK vs. DC) which will be released on November 10, 2008. I've seen similar crossover fighting game encounters before like Marvel vs Capcom and this one will be the latest of it. It features cool graphics with new fighting styles and scenes but still maintaining the old school favorite finishing moves of the Mortal Kombat characters. What I find cool about these new Kombat features is the "Free-fall Kombat" mode where players can fight in the air while falling to a lower level in the arena. 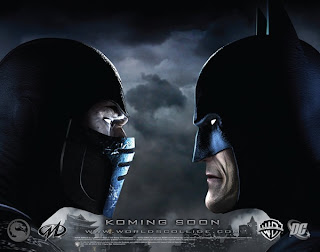 The Mortal Kombat characters in this game are Baraka, Jax, Kano, Kitana, Liu Kang, Raiden, Scorpion, Shang Tsung, Shao Kahn, Sonya Blade and Sub-Zero while the DC Comics characters are Batman, Catwoman, Darkseid, Deathstroke, The Flash, Green Lantern, The Joker, Lex Luthor, Shazam, Superman, and Wonder Woman. The game will be released on PS3 and Xbox 360. I wish they could also have one for PC. Huhu... Here are some screenshots. (Click to enlarge image)

Check out the official site here.